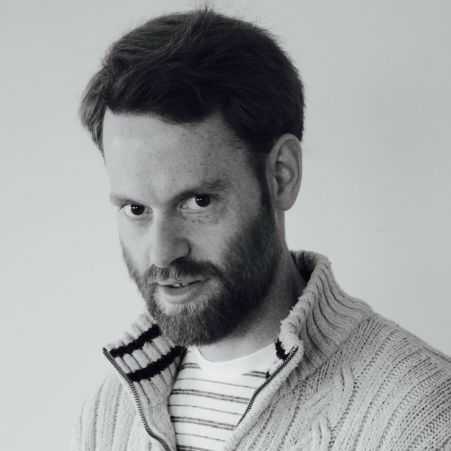 Patrick Friel was born in 1989 and is currently based in London. He was the British composer representative at the 2016 ISCM World Music Days, Tongyeong, South Korea and his soundtrack for the film Psalm 73 was nominated for the Taipei Film Award for Best Animation and screened at the Hiroshima International Animation Festival in 2016.

Recently his compositions have been performed at the Aldeburgh Festival, Amsterdam Concertgebouw, Darmstadt Summer Course, Saint Petersburg Conservatory, Boston Conservatory, Stony Brook University, Hochschule Luzern, “Unerhörte Musik” concert series in Berlin, the Florilège Vocal de Tours, in which he was awarded the Prize for New Music for Summons, his work for a cappella chorus, and broadcast on NPO Radio 4, the Dutch national broadcaster. Patrick also participated in the Britten-Pears Contemporary Composition Course with Oliver Knussen, Colin Matthews and Michael Gandolfi, and his music has been awarded prizes by ISCM Chengdu, Sichuan Conservatory of Music and the Discovering Young Composers of Europe Project.

Patrick is currently studying for a PhD in Composition with Prof. Philip Grange at The University of Manchester.

„VIEWS FROM BABEL” IN PROGRESS FOR STRING QUARTET PROGRAM NOTES

Views from Babel takes inspiration from the Tower of Babel in the Bible, and explores the dramatic potential of the string quartet’s abilities to blend as a “hyperinstrument” and function as independent, highly contrasted voices. I believe Babel’s themes are germane to contemporary concerns about social cohesion, the political integration of nations, the future of the World Wide Web and the influence of Social Media in a time where there appears to be both greater connectivity and increased polarisation. “Come, let us build ourselves a city and a tower with its top in the heavens, and let us make a name for ourselves, lest we be dispersed over the face of the whole earth” (Genesis 11:4).